Scene 2:
Location: In the market.
Niranjan spots maya in the market, talking to some of her friend, and decides to meet her casually one last time, as it could be termed co-incidence, that they are in the market together. when he comes upto her, he learns about how she is unhappy in her relationship, and shall definitely not be back with him anytime soon.
Niranjan is hopseful. maya however doesnt like that he is there, when he comes to confront her. she pays off the street vendor, but he asks for change, and she isnt able to manage any. niranjan helps her out. she leaves asking him to collect what she owes him from the office. after she leaves, he thinks that he got another chance.

Scene 3:
Location: Gharaunda
Rita asks ila how did she meet maya. ila talks about how they met at swadehsi restaurant, while they are setting up the dining table. then ila goes inside. rita wonders that ila is lying yet again, about meetign maya, as that day she said that she had to go to her feidn, whereas she and niranjan were there in the same restaurant on the same day. she is boggled.
Later, gayatri is upset about uday and discusses it with ila. she also discusses how she feels guilty about putting rita in strtess yet again, due to a doubt that she created. ila says that she didnt do it intentionally. gayatri says that she is scared of the outcome. both the mothers talk to each other about handling their children. she is tensed.

Scene 4:
Location: Gharaunda
Rahul is reminiscient of his past moments with his girlfriend, when sameer comes and starts talking and sharing things with her. he is teary eyed, but composes himself. he starts talking about his girlfriend, and if thats what he is trying to hide. rahul distracts him and asks if he had anyone, leaving pooja. sameer talks about his college life. they start talking about relationships, and love in life. they vouch to stay single all their life, and be happily independant.

While rita is fast asleep, niranjan remembers maya’s conversation, and is hopeful that her husband hit her, and swears to hit him too. MEanwhile, on her side, rita wonders if actually niranjan is being helped by ila, and wonders whats going on. she decides to find out without telling niranjan. they both dose off. the next morning, while rita is getting ready, niranjan notices her tensed and not responding humourously as she generally does.
When asked if she is still upset about anything, and she starts thinking that she shouldnt tell and make niranjan cautious this time around, and shall have to find out the truth this time on her own. he says that he doesnt want to lose her. she immediately starts pretending to be happy and gay and how she was merely trsting him. he is taken off guard. Meanwhile, niranjan then leaves out, when a call comes.

Maaya calls him up and asks him to come to the office to get the money. he asks if he is here for the money, and asks her to come and meet him if she wishes to return. he asks her to keep it then. while he is talking, rita tries hard to listen and when he turns around, she rushes back in the room, to pretend casually. he comes back and smiels at the prospect of seeing her again. she asks him to freshen up while she gets the kids ready. he complies.

she walks out. Outside the room, she is tensed. inside, he is excited at the idea. after he goes in, she gets back inside and looks at his mobile. he wonders why did he get so tensed at jignesh’s call. she takes the number and decides to find out. she rushes out.
Gayatri and ila eye parimal from the kictehn and decide to execute their plan. she serves tea to him, and then talks about how he is spoiling her by the habit of staying together. he asks if this is their new prank. gayatri is flustered. parimal says that he isnt here to stay forever and that shouldnt be expected. he says that he can stay as long as govardhan doesnt return back. they smile and are happy. the doorbell rings and uday comes giving them a surprise. he takes everyone’s blessings.

While gayatri oils uday’s hair, they talk about sameer’s case. they bond mother-son big time. parimal comes and enjoys with them, and asks for a cup of tea. gayatri teases him and leaves. he takes every talk of gayatri casually, hardly bearing. after parimal and gayatri are not there in the room, Uday flinches some money from parimal’s pocket.

gayatri comes after that and parimal comes and hands the money from his wallet, saying its 10 grand. she counts and says that its only 6. both are boggled. while uday looks away. parimal is adamant that he had got 10 grand in the wallet. gayatri asks him to try and remember if he spent anywhere. but he gets agitated and says that he would have remembered it. seeing uday quiet, he asks him if he took any money. The screen freezes on uday’s shocked and tensed face. 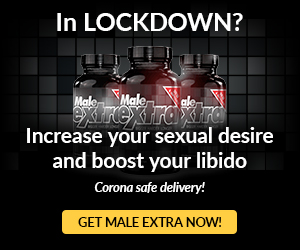